In this lecture we will learn how Seville arose as a blended Moorish Christian city to become Spain’s colonial capital in the sixteenth century and how it became a great Babylon out of the gold and silver of the new world, all of it brought here.

Spain’s great success, its excesses and decline, the complexities and contradictions of its culture are better expressed here in Seville than anywhere else.  From the cauldron of its summer to the delicious cool of its patios, Seville is Spain intensified. 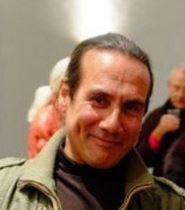 Rafael Anderson, is an architect, writer and historian. He has written and lectured widely on Spanish history, architecture, and the Islamic legacy of al-Andalus. Rafael runs a multidisciplinary architectural practice in the province of Granada entitled Future Ancient Technologies. It combines craftsmen, specialists and other professionals to offer broad skills in all aspects of the construction industry from development to historic restoration and domestic construction.He teaches architecture and sustainability at the Granada visiting school of London’s Architectural Association, a course which combines the knowledge of ancient and future technologies to explore new possibilities for the age we are entering.Prior to moving to Spain Rafael worked in London, Hong Kong, Scandinavia and India, he has been premiated in numerous international architectural competitions, widely published and twice exhibited at the Royal Academy in London.Rafael has worked as a guide lecturer for several years leading tours of the cities of Andalusia including Seville, with the UK based company Specialist Tours. He also guides in the Albayzin with the writer Chris Stewart, and other cultural and historical groups such as the Arts Society.