January 2022 |
The Journey of the Magi: Origins, Myths and Reality

The Journey of the Magi: Origins, Myths and Reality – The True Story of the Three Kings There have been pictorial presentations of The Magi from as early as at least the 6th century, such as depictions in Byzantine ivories.  Indeed a vast array of artists, from Heironymus Bosch, Botticelli, Breugel the Elder, Durer, Masaccio to Rubens, have been fascinated by this story and its possibilities when it comes to visual depictions.

The lecture will also look at the origin of the names of the magi and the significance of their gifts plus the inclusion of the black king, his origins and significance.

Leslie will look at all these artists and seek to unravel the myth and iconography behind the story of the Adoration of The Magi from its Eastern and pagan roots to its current Christian interpretation. 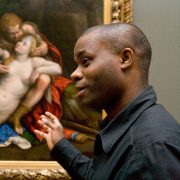 Leslie Primo holds a BA in Art History and an MA in Renaissance Studies from Birkbeck College, University of London. Was Visiting Lecturer in Art History at the University of Reading in 2005 and 2007, gave lectures and guided tours, plus special talks, at both the National Gallery and the National Portrait Gallery for 18 years. Currently he lectures at the City Literary Institute, Imperial College, London, and has presented a series of talks at the National Maritime Museum and the Courtauld Institute.